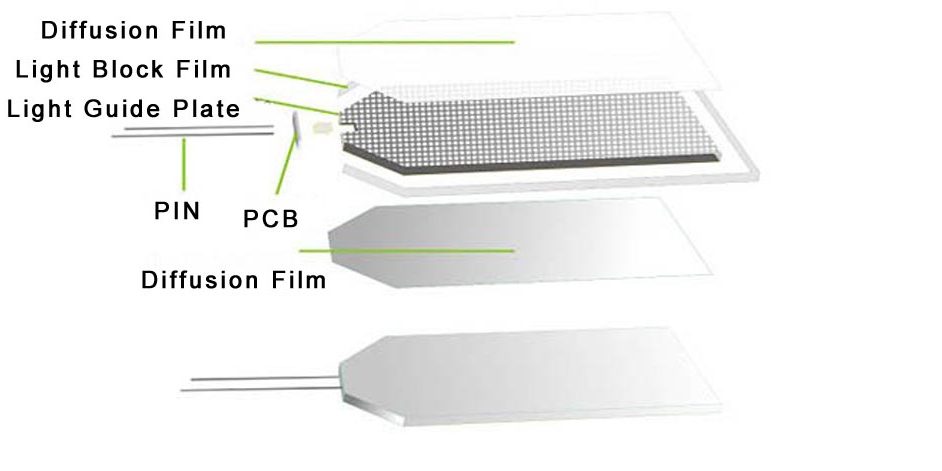 The Introduction for Backlight Unit Structure

Backlight module is mainly composed of light source (LED lamps), light guide plate, reflection film, diffusion film, brightness enhancement film / prism sheet, light shade film, etc. Therefore, we can see that backlight module consists of many optical films and the light which is emitted by LED lamps goes through these optical films and has been redistributed. And the light is fading at the same time. According to the research, if the light from the traditional backlight source is 100%, only about 60% of the light could reach the polarizing film after going through reflection film, diffusion film and other optical films, and finally, only about 4-8% light could pass through the liquid crystal and the polarizing films.

The Cost Composition of Backlight Module

A great majority of light guide plates are made from PMMA. It can improve the brightness and uniformity of the light by guiding the direction of the light. It is the most important technology and the major cost of the backlight unit.