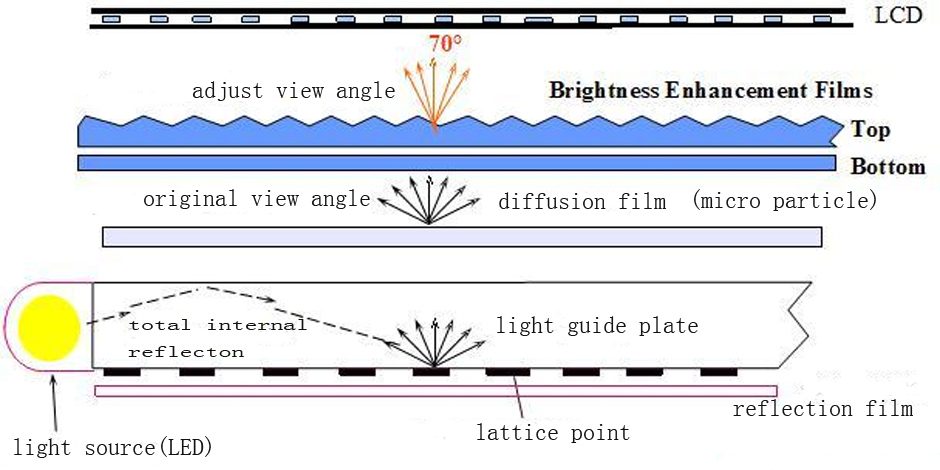 BEF which is abbreviated for Brightness Enhancement Film and is also called Prism Sheet. It is the key component of backlight module and occupy the highest proportion of the cost in the backlight module. It not only can concentrate the scattering light within a 70-degree angle in the front, but also can make the light outside the view angle reuse by its precision micro-structure optical film. Typically, one BEF can increase 40-60% brightness, it will be much better if two BEF are placed in vertical.

The classification of brightness enhancement film

It is a higher-level product that integrates with prism sheet and diffusion film. It has better luminous efficiency than normal prism sheet. The major suppliers are 3M, Shinhwha, MNTech, Samsung Cheil, E-fun and LG Electronics. It seems that panel manufacturers from South Korean employ multi-functional prism sheet a lot faster than their competitors in Japan and Taiwan.

It is also called DBEF (Dual Brightness Enhancement Film) which is a unique patented product of 3M. It is the most important.

Brightness enhancement film which is a reflective polarizer. It reuses the light of the backlight unit by utilizing the mechanism of recycling light, which makes the light pass through optical material layers with more than 800 different refractive indexes and fully reflect. It can easily enhance the brightness of the light by 1.6 times. But now some South Korean and Japanese companies have also launched some products with similar function such as NPRF(MNTech), Shinwha (CLC and Woongjin) and Zeonor(Zeno). 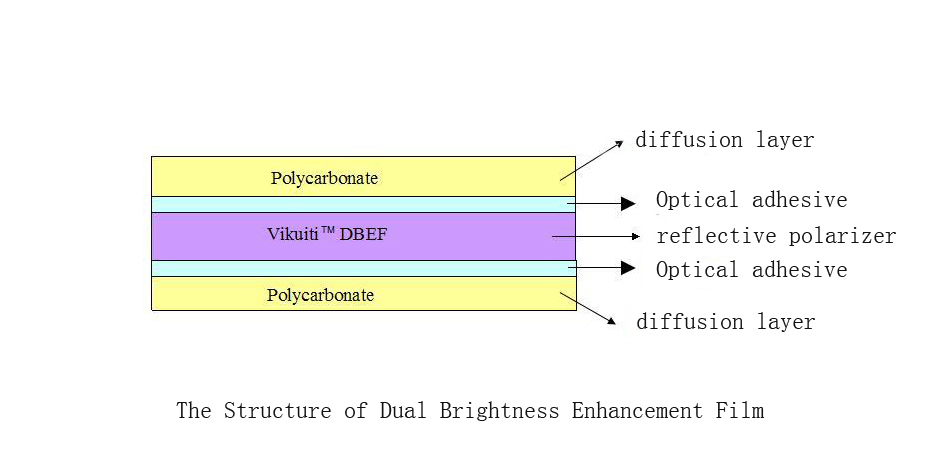 Diffusion film achieves the function of diffusing light by the microparticles (beads) which attach at the surface of the optical film material. Meanwhile, the brightness enhancement film (prism sheet) not only can redistribute the light and improve the light transmittance, but also can increase the brightness and viewing angle of the light by transparent optical micro stripes (raster).

The production process of BEF (prism sheet) includes optical design, precision molding, chemical formulations and coating. The international advanced method is to realize the micro-optical structure by the molding roller which is solidified by UV adhesive processing technology. The most critical technology of BEF is that carving the molding roller prism pattern. 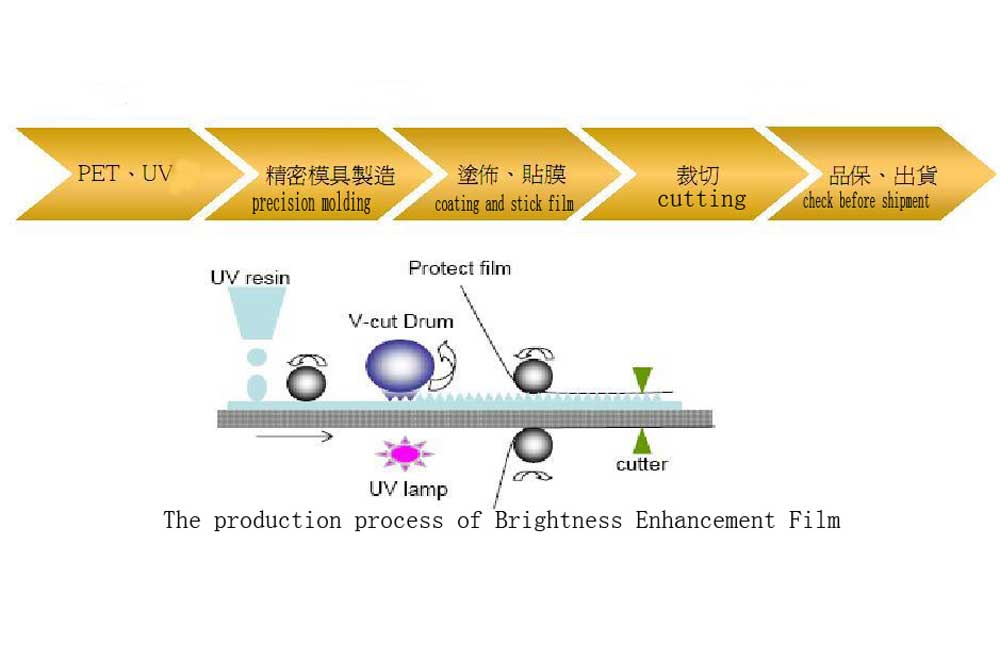