The Requirement of Backlight to LED 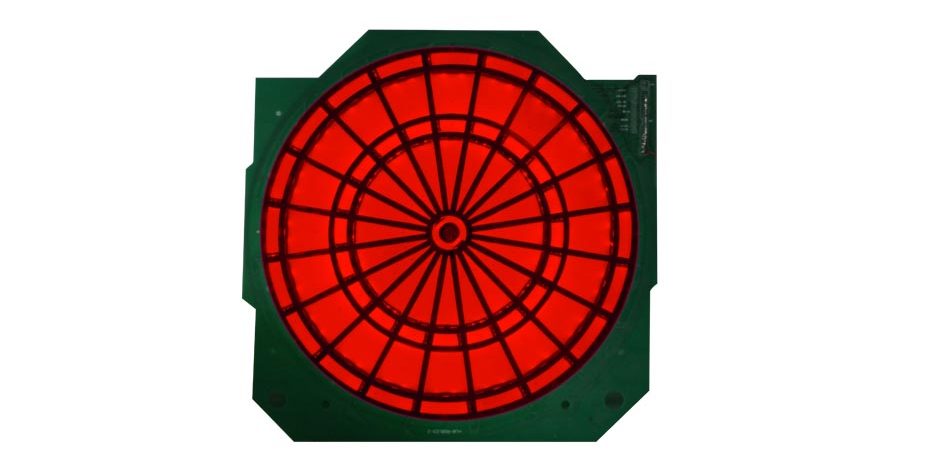 The requirement of edge LED backlight

Edge LED backlight is going to minimize the number of LED and enhance illumination, light efficiency and light power.

The requirement of bottom LED backlight

Bottom LED backlight is going to be thinner and lower cost so that the number of LED lamps is decreasing and light-emitting angle is increasing from 120 degrees to 160-170 degrees.

So far, the main solution is that using two times optical lens which is high cost and low light efficiency. 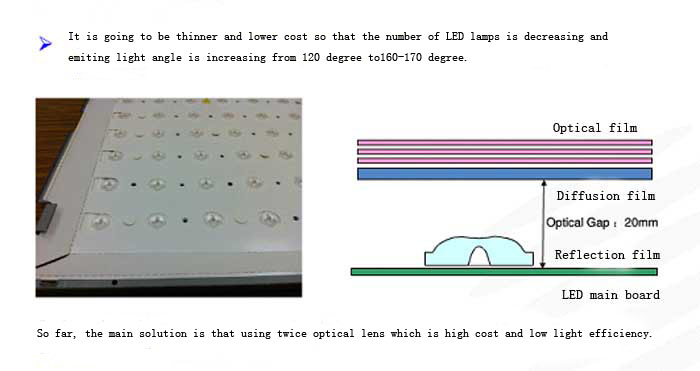